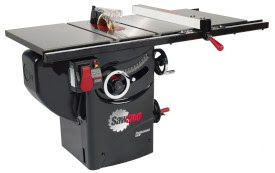 I know that there are alot of new DIYers out there who are just coming into their own with the whole woodworking thing.  If you are one of these people, this review is especiallyfor you.


At the heart of any serious shop is usually a good table saw.  If you are new to using one, there are some deserved fears you are probably experiencing every time you reach for the on switch.  The idea of a razor sharp blade spinning at incredible speed within inches of your fingers is enough to make a person wince just thinking about it.


But, here is a saw that is designed to make you wince a little less.  It is made by SawStop.  This gem of a saw has a built-in feature that automatically detects when a persons skin comes in contact with the blade.  It is designed in such a way that when you touch the blade while the saw is running, the blade stops in about 5/1,000th of a second.  At the same time the blade drops below the table, unable to cause further injury.


I have seen this saw in action, (using a hot dog instead of my finger).  It performs flawlessly.  The hotdog we used suffered a mere scratch that was not even immediately detectable.  Amazing to say the least.  As far as I know SawStop is the only table saw maker around that has this kind of feature available.

There is a drawback though.  Once the mechanism is triggered, you will need to replace the activation cartridge and possibly the blade.  The cartridge cost is around $75.  Hmmm...$75 verses a finger?  Seemed like a fair deal to me.


Here is a short video of a hotdog risking itself for the sake of your fingers.  Take a look. It's impressive.


If you aren't convinced to buy this saw after seeing the video, consider this.  It's a pleasure to use and it cuts like a dream.  The model being reviewed operates on 110 volts so there is no need to run special wiring and the "T" style fence is smooth and accurate.  It has plenty of power for most jobs and features a cast iron table top.  It is a heavy-duty, quality machine, that may be the last table saw you ever need to buy.

My friends at Woodcraft in Greenville, South Carolina ,were kind enough to let me use a version of this saw and ruin a hotdog or two.   If you would like more information, prices, and where you can pick one of these saws up,  click here.  There are various features available including a larger 3hp bruiser that runs on 220.  Check it out.


As far as giving this one a rating, I cannot find a reason to give it anything other that 5 pink hardhats out of 5.

Have fun and be safe.

﻿Does your company need a product featured or reviewed?  I can be emailed at
toolsr4women2@gmail.com
Posted by Rory from Tools Are For Women Too! at 10:01 PM

Wonderful review! I'm one of those people that does the wincing and this saw seems to help you keep your digits and keep the wincing to a minimum:)

That is the best thing ever! I'll bet in the future that technology could be applied to other dangerous equipment as well. Thanks for letting us know about it!

The Tools Are For Women Too Team

Rory - Author - Tools Are For Women Too


If you are interested in joining the team, feel free to email Rory at toolsr4women2@gmail.com. 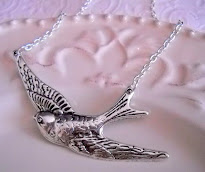 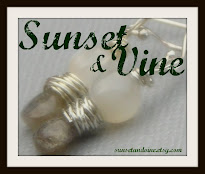 Sites You Need To Visit

The Pink Hardhat Forum - A Free Forum For Craftswomen Like You 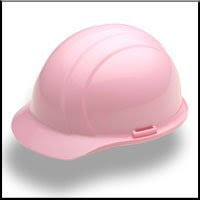